Famous People of the Smoky Mountains 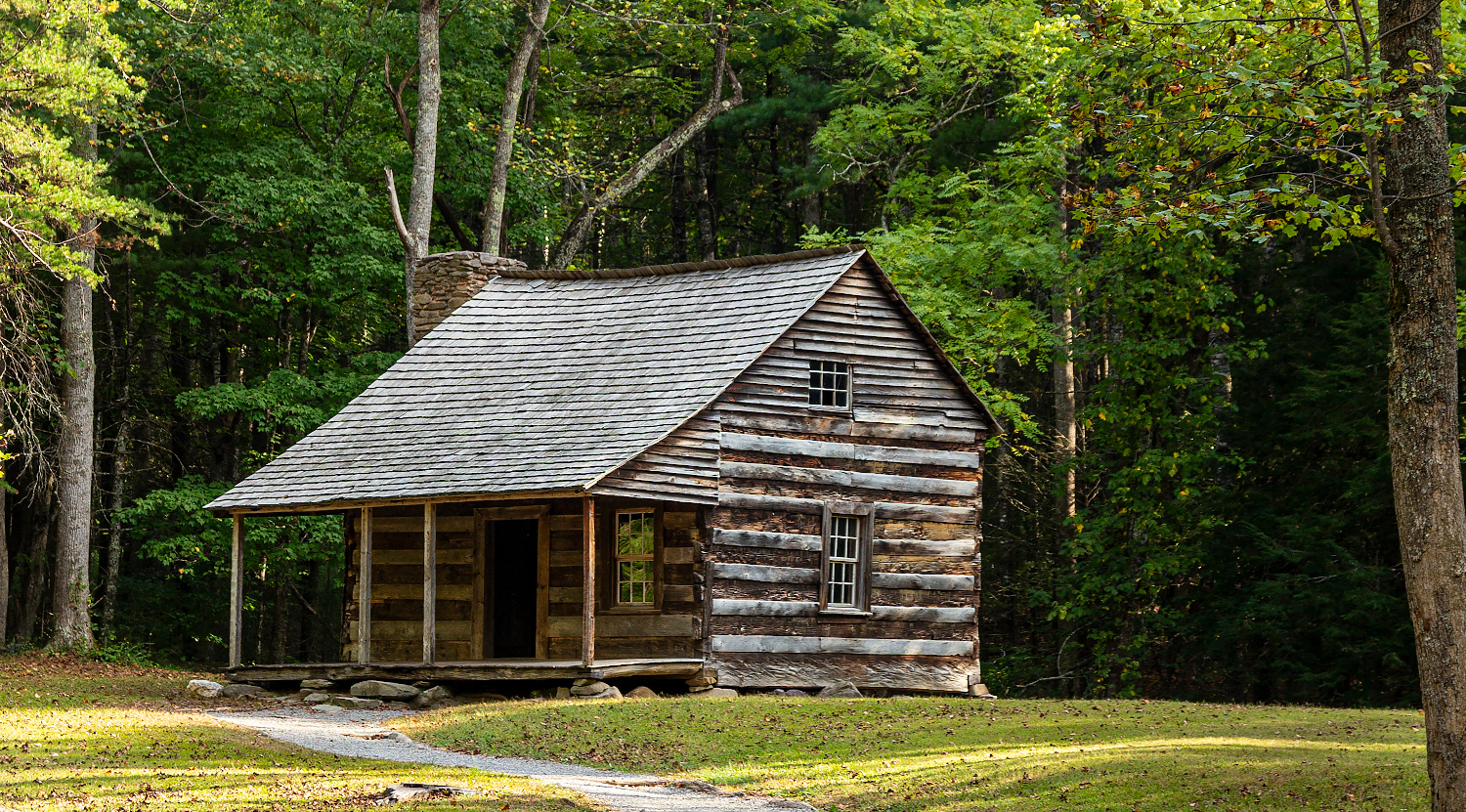 Famous People of the Smoky Mountains

Grab a pen and paper, your hiking boots and a camera, and take a walk through time to learn more about the Smoky Mountains. At the end of each section in this post, you'll find a tip to help you get the most out of your tour of these locations. 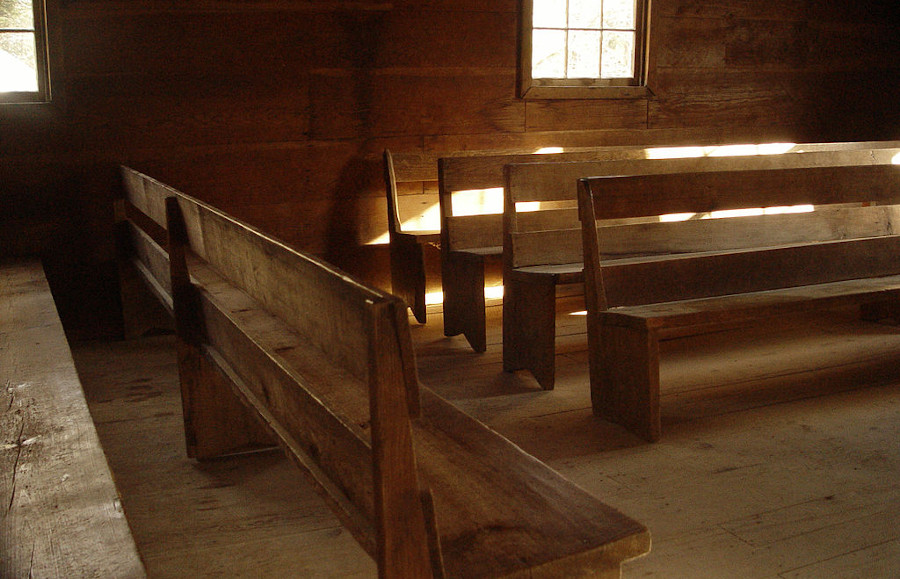 The Oliver Family and Russell Gregory

The cemetery where Russell Gregory, an influential figure in Cades Cove, is buried is located just outside The Primative Baptist Church. This church is an important part of the area's history. Tradition has it that the first residents of Cades Cove, John and Lucretia Oliver, were the founding members of the church and its long-standing presence in the Smoky Mountain area. While John and Lucretia began petitioning for their church in the early 1820s, their tiny congregation continued to meet in their homes until they were able to build a rustic structure over a decade later.

The preserved building you'll visit today is not the original one, but the final church built in 1887. The oldest gravesite in the adjacent cemetery is dated 1837, although there are other unmarked and undated burial sites there.

The most famous figure buried in this cemetery is Russell Gregory, who's life highlights the stark divide wrought by the Civil War in Tennessee, in the Primitive Baptist Church, and even within the Gregory family. Confederate troops continuously raided Cades Cove, turning most of the residents against them — with the exception of Gregory's son, Charles.

Around 1864, a few men from the Cove fought off the raiding Confederates, who retaliated later that night. Along with Charles Russell, who'd recognized the sound of his father's gun earlier and pointed his house out to his comrades, they killed Russell Gregory. His gravestone reads: "Murdered by North Carolina rebels."

Tour Tip: The cemetery is sectioned off to keep the public from stepping on the stones, but the Primitive Baptist Church is opened to the public, so make sure to stop by and explore this important historic structure.

Another notable person is Robert Burchfield, interred with his first wife, Elizabeth, in the Noah Burchfield Cemetery. When Elizabeth passed away, Robert was left to raise their 10 children alone. Not long after, he remarried, this time to Mary Gregory. If this name might sound familiar; Mary was a well-known resident of Cades Cove and the daughter of one of the area's most famous figures, Russell Gregory of the Primitive Baptist Church. With thirty-seven years between Robert and Mary, their marriage caused quite a scandal among the local populace.

The Burchfield's were a large, well–known family in the area; you will notice their surname comes up often while reading about the history of the Smoky Mountains. Robert left behind a total of 17 children from both marriages, and prominent among his descendents was Noah Burchfield.

Robert and Elizabeth's final resting place is located off Cades Cove Loop Road within the park on land once owned by the Burchfield family. Back in the day, it was common practice for settlers to use whatever stone the land gave them to mark their graves. If the stone was soft or crumbled easily, the gravestones often deteriorated quickly, leaving them without any identifiable marking.

This cemetery has 20 gravestones total, but only 9 are identifiable, the rest having been worn down by the mountain elements. Prominent in this cemetery is the final resting place of Robert and his first wife, Elizabeth Burchfield.

Tour Tip: Notice the different kinds of stone used for old gravesites. Historic cemeteries tell us more than you think about the people of bygone days. Some of the things you can pick up just by paying attention are family structure, social status, and military service. 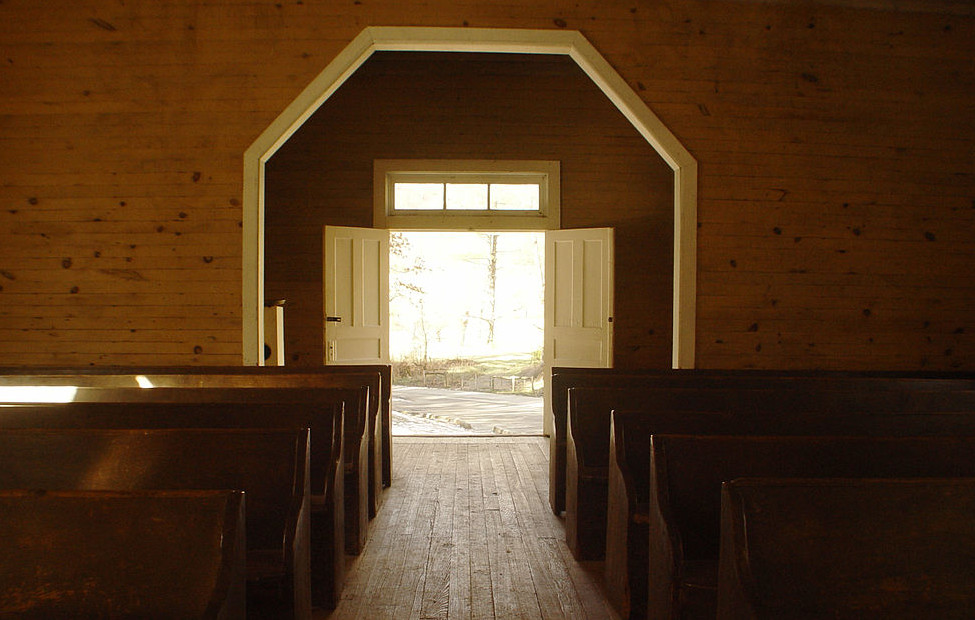 The Primitive Baptist Church came upon turbulent times between 1825 and 1845 during what was called the "Anti-Mission Split". As a result, 13 members of the Primitive Baptists broke off to form their own church, which is now the Missionary Baptist Church. The historic building open for visitors was erected in 1915 and the nearby cemetery is the final resting place of Noah Burchfield, a descendent of Robert.

Noah appears often in tales and books about the Smoky Mountains. He was most notably a resilient figure during the Civil War, a time of great turmoil, which broke out when he was just 13 years old. His father had passed away previously and Noah now shouldered the responsibility of caring for his family during this turbulent time. The war took Noah's two brothers, but he continued supporting his family and grew to be a notable pillar of his community. Despite having spent his entire life on the same piece of Smoky Mountain land, Noah was noted in his obituary as being "one of the most interesting characters one ever met."

Tour Tip: See something you want to learn more about like a symbol on a stone, a historic structure, or a plaque about an event? Snap a picture and email it with your question to your local historical society. They can often provide the most information or point you toward an expert who can help. 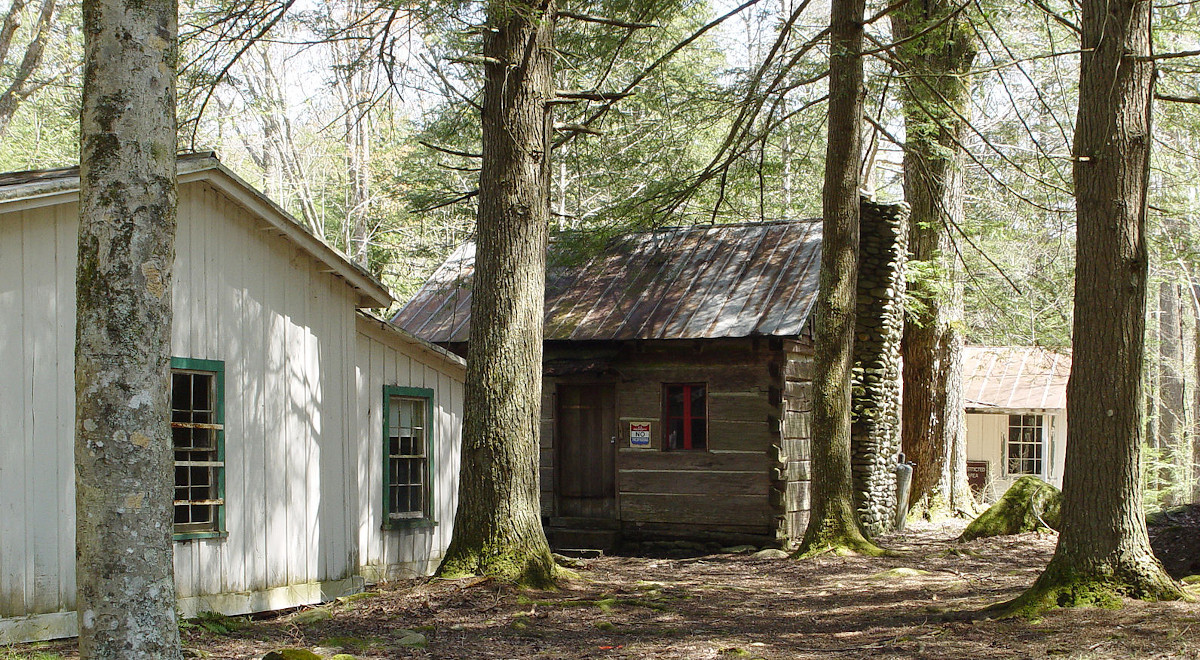 There is a grassy cemetery located in the mountains near Jakes Creek where you'll find the resting place of Levi Trentham. Known as "the Prophet of the Smokies," Levi was a Smoky Mountain tour guide, an influential storyteller, and a pivotal influence on the area.

Levi was born in 1852 and spent his early adulthood in the Smoky Mountains, making his living from trapping bears and selling their furs. As the tourist industry picked up traction, in true entrepreneurial fashion, Levi put his storytelling skills and deep, firsthand knowledge of the mountains to good use as a tour guide. Despite being barely able to read or write, Levi founded and operated a grocery store later in his life.

The Prophet of the Smokies passed away in 1936 and, as recorded: "Funeral services were held Monday afternoon at the little church in his hometown. Then burial was on a farm that he had owned before selling it for the park. Relatives almost filled the church." Rev. Isacc Ogle, a descendent of the first family to settle in Gatlinburg, is written to have conducted Levi Trentham's service.

The Levi Trentham Cemetery can be found across the parking lot at Jakes Creek in the now abandoned town of Elkmont. Across the bridge, you'll find a road that previously led to the water tower, and the cemetery is to the right, just visible from the parking lot. It is currently still active and has about 170 graves in it. Levi's gravesite is an upright, rectangular stone with a dove engraved at the top and below is listed his name, date of birth, and date of death.

This cemetery is a peaceful spot to learn and reflect on the rich, cultural history of the Smoky Mountains. While these figures are now gone, their lives are still deeply intertwined with ours through the places they lived and the things they built.

Tour Tip: Take along a notebook to jot down names that may sound familiar as you visit each site. These influential families and individuals all interacted with one another, just as we do today, and you'll notice them make appearances in each other's stories very often.

Remember, some of these areas may have experienced seasonal changes such as erosion or bad weather making them inaccessible to the public. It's always best to check with the Park Service before visiting these locations and remember to bring a map with you and return before dark.

If you're looking for more information, check out our Gatlinburg and the Smoky Mountains area information page. Here you can find info on local restaurants, amusement parks, other historic sites, museums, and much more.

Are you feeling hungry? Try one of our picks for the top 5 sandwich shops in Gatlinburg on your next Smokies getaway!
gatlinburgdiningvacation tips

Experience nature's beauty to the fullest by visiting one of the top four parks in Gatlinburg, TN, for the perfect addition to your Smokies getaway.
activitiesfamily-friendlygatlinburggreat smoky mountains national parkhikingoutdoorsvacation tips