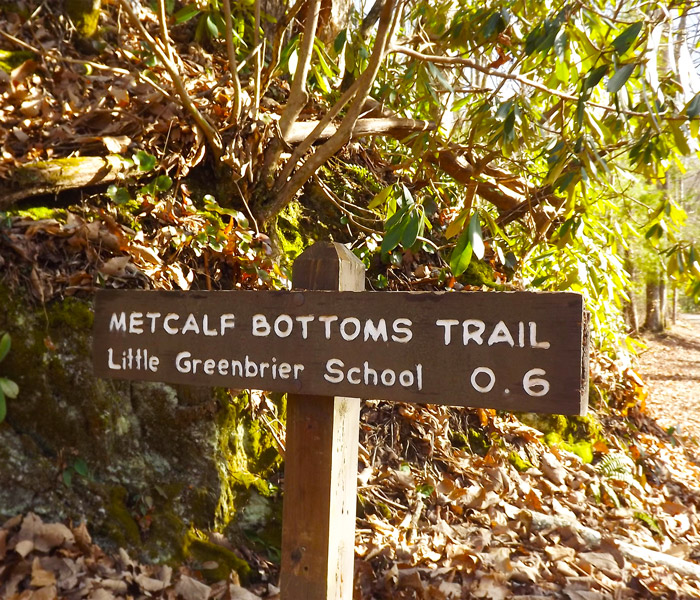 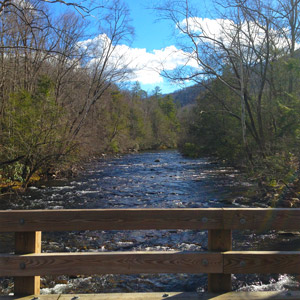 After all, it's just what we bears are wired to do. I decided to hike Metcalf Bottoms Trail that leads to two old structures in the Little Greenbrier Community that predated the national park. Since I was tad groggy from hibernation, I picked an easy trail with a big payoff. The round trip distance is 2.6 miles with only 285 feet of elevation gain so it was a perfect way to stretch my stiff legs.

The hike begins by crossing the bridge at the Metcalf Bottoms Picnic Area situated along the banks of the Little River. The trail is actually an old road bed, so it's easy on the paws (or ankles).

I wasn't around for all the history that surrounds this old community, but I've heard tales passed down from elder bears about the people that lived here. 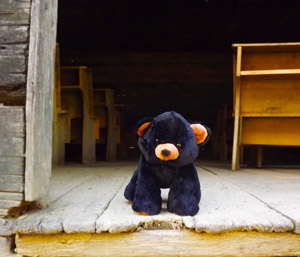 The story goes that settlers first arrived in this area in the 1830's. What they found was a level hollow at the base of Cove Mountain. The earliest settlers were Arthur McFalls and Alexander McKenzie, two homesteaders from South Carolina who arrived in the 1830's. Today, only two structures remain in this part of the park: the Little Greenbier School House and the Walker Sisters Cabin.

The first structure you'll find is an old school house that was once the heart of this peaceful mountain community. After hiking 0.6 miles and crossing a small log bridge, you'll find a simple 1 room school house located near a grave yard. Little Greenbrier school was built in 1882 and was in operation until 1936. 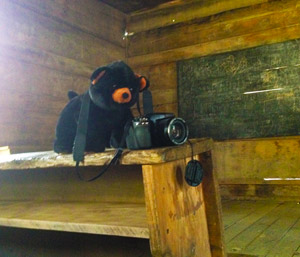 Inside, you'll find original desks and a black board from when the school was in operation. Across the gravel road, there is an old graveyard with names like Ogle, Walker, Parton, and other common names you find in East Tennessee on old headstones.

The community raised the schoolhouse themselves after they learned the Federal government would provide funding for a teacher. The building also doubled as a worship space for the Primitive Baptist Congregation. Now, the school house is listed in the national registry of historic places and I count myself as a lucky bear for getting to explore this neat structure. 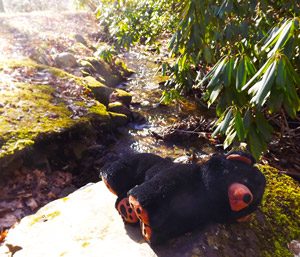 But alas, there was more strolling to do before I reached the Walkers Sisters cabin. I took my time to rest in the sun and scope out some prime cave real estate along the way. Even worse, I was floating along in a sleepy daze so I knew I wasn't making great time.

After meandering 1.1 miles, taking a few naps, and sniffing around, I came upon the Walkers sisters cabin. This multi-room cabin is the last home that remains of the Little Greenbrier community. It is also one of the most interesting structures in the park and features several rooms and an upstairs. 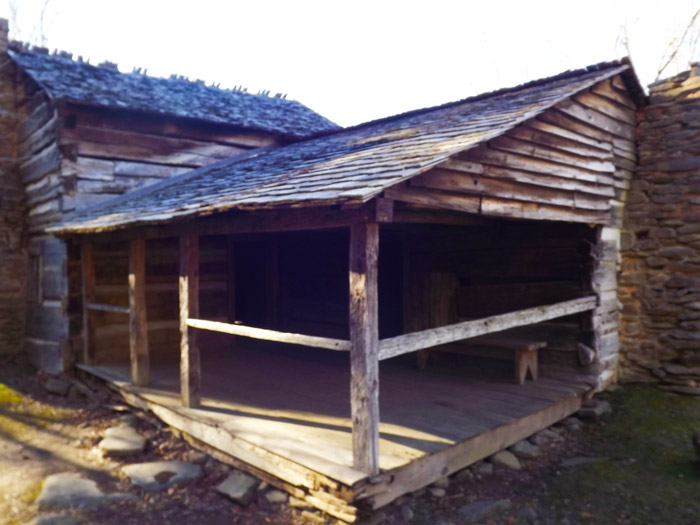 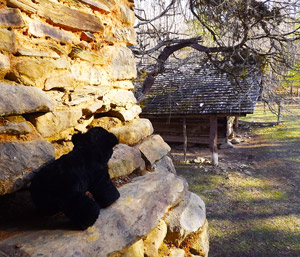 I've heard from Old Timer bears that the Walker Sisters were one of the last people to own property in the area that would become the Great Smoky Mountains National Park. The Walker sisters, 5 sisters who never married, were descended from one of the larger families that called Little Greenbrier home. Even as other nearby communities like Wears Valley had begun to modernize, the Walker sisters continued to live relatively self-reliant into the 1930s. Even as the park lines were drawn around their home, they refused to move from Little Greenbrier though many other residents chose to sell their property and leave. In 1941, the Walkers sisters finally agreed to sell their land in exchange for a lifetime lease on the property. The 164 acre plot of land became fully controlled by the national park when the last of the Walker sisters died in 1964. 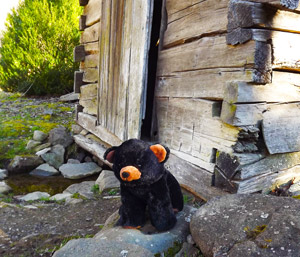 The oldest part of the cabin was probably built in the 1840s. When the Walkers purchased the area, they reassembled another cabin from a past resident to be used as a kitchen and added the spacious front porch. Over the years, the Walkers place had several structures including a barn, apple house, smokehouse, pig pen, and a blacksmith shop. Now only the main cabin, a small spring house, and a corn crib remain. The corn crib was used to keep corn dry while it hung from the rafters. The springhouse was used to keep perishable food cool and to protect a clean water source.

I took a drink of the cold water and then made my way back on the level trail. There were some humans doing the same thing, but I wouldn't recommend drinking any water in the park (even from a spring house) without purifying it first!

It had been a lovely walk, but I was one sleepy bear and in need of a well-deserved nap. If you're ever in the neighborhood, it's definitely worth enjoying this easy hike to some of the most fascinating building in the national park. And who knows, you might just even see some wildlife like me when you visit during a Gatlinburg cabin vacation!

Learn how to elevate your Smokies vacation by exploring the benefits of a secluded cabin rental in Gatlinburg for the perfect getaway experience!
gatlinburgcabin tipscabinsvacation tips

Ultimate Guide to Hidden Gems in the Smokies

A vacation to the Smokies is all about adventure and making memories. Get a head start by studying our ultimate guide to hidden gems in the Smokies!
gatlinburgactivitiessmokies infothings to dovacation tips

Enjoy a visit to Gatlinburg during the fall season that's fun and memorable by checking out some fun October events around Gatlinburg!
gatlinburgactivitiescades covefallfamily-friendlyvacation tips