We have entered the Snow Season of the Smokies. This beautiful time of the year is a great time to visit if you want to ski at Ober, play in the snow, venture out on a winter hike, or enjoy the frosty beauty of the mountains at a distance. According to the National Park service, snow is most likely to fall during January and February, so visitors who come to the Smokies this time of year are in luck! 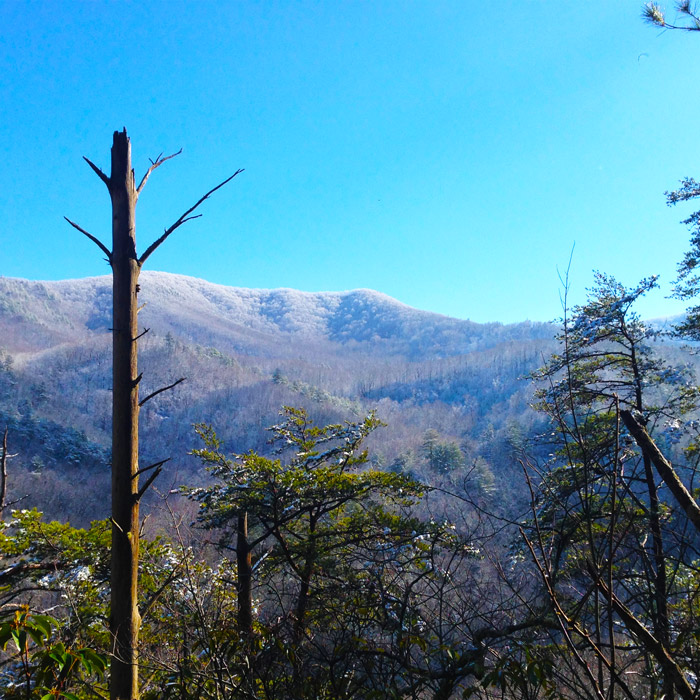 Since we've officially entered the winter season, we thought we would share some interesting facts and records of winter in the Smoky Mountains. Needless to say, the weather around here can be intense in winter, so grab your parka, cozy up to the fireside, and think warm thoughts.

That's right. Newfound Gap in the national park receives over 5 feet of snow annually. To contrast that, Gatlinburg receives less than a foot of snow in a year. Because Gatlinburg is at a lower elevation of 1,289FT, it receives less precipitation and warmer temperatures than the high mountain ridges in the Smokies. 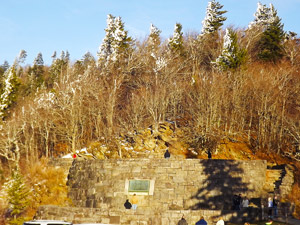 As a result, Newfound Gap Road is routinely closed during the winter because it is covered in snow and ice. But, luckily for visitors staying in cabin rentals in the Smokies, it is rare that the entire road will be closed so you can have the chance to drive into the mountains to see the mountains blanketed in snow.

2. Biggest Snow in the Smoky Mountains

Even with over 5FT of snowfall on average, it's hard to fathom the biggest snowstorm that ever hit the Smoky Mountains. On March 12, 1993, the infamous Blizzard of 93' dumped snow from Florida to New York and broke records across the country. The Great Smoky Mountains were in the heart of the storm system and received some of the greatest snow totals of all. Both Newfound Gap and Mt. LeConte received approximately 5 FT of snow over 2 days. At Newfound Gap, snow drifts were reported to be nearly 10 FT high. The road was closed for several days until untold tons of snow melted, but in the meantime it was a golden opportunity to build the world's biggest snowman. 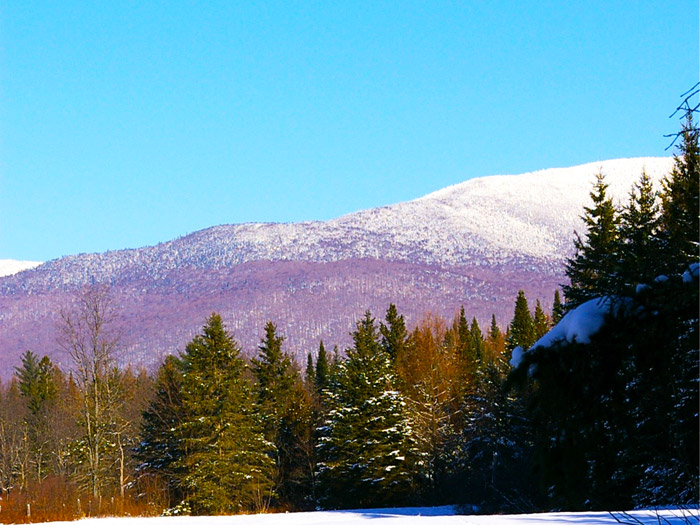 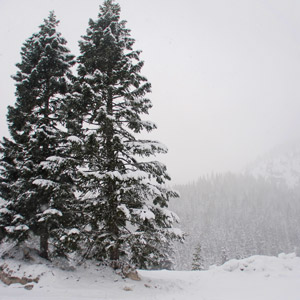 Everyone knows it can be chilly in the mountains this time of year, but sometimes the weather can be exceptionally cold. During a normal cold snap in the mountains, it isn't uncommon to have low temperatures below 20 degrees in the mountains (Don't worry, Gatlinburg is often 5 to 10 degrees warmer on average). On especially cold nights, elevations above 5,000FT can see temperatures as cold as -20F. But one winter weather event takes the frosty, chilled-to-your-bones cake. The coldest recorded temperature in the Great Smoky Mountains National Park was -32F. This measurement was taken near the summit of Mt. LeConte on Jan 13th, 1986.

At this temperature, exposed skin is certainly at risk for frostbite. In fact, this coldest recorded temperature in the Smokies is not far off from truly deadly temperatures. Scientists in Antarctica determined that skin begins to freeze rapidly at temperatures of -40F by actually standing outside in an Antarctic storm.

Wind Storms in the Smoky Mountains can deliver hurricane force winds up to 70mph. Many of these tempests come during intense storms in the summer months, but winter brings its fair share of gusts. During a particularly damaging storm in 2011, it is believed that an F4 tornado may have touched down in the near the Southern boundary of the park at Abrahams Creek.

During the cooler months, wind gusts are not as extreme, but can add a teeth chattering wind chill to a cold winter day.

5. You Can Cross Country Ski on Clingman's Dome Road

Though Clingman's Dome Road is closed to vehicle traffic from Dec. 1st to Mar. 31st, visitors can still reach the highest peak in the National Park by hiking along the Clingman's Dome Road. This 7 mile stretch of road often receives heavy snowfall in the winter and intrepid hikers soon realized that it makes a great route for Cross Country Skiing.

This sport is often reserved for much colder climates like Minnesota or Michigan, but sure enough after a good snowfall you can enjoy cross country skiing high on Clingman's Dome Road. For some winter hikers, reaching the summit of Clingman's Dome requires snow shoes to pass through the high snow drifts. This journey is not for the faint of heart, for it would require nearly 15 miles of trecking to reach the top of Clingman's Dome and then return to Newfound Gap.

The National Park even has a volunteer Nordic Ski Patrol that assists visitors attempting to ski or snowshoe the Clingman's Dome Road when it is closed in the winter.

6. Some Stay For Winter on Mt. LeConte

Mt. LeConte is home to LeConte Lodge, the only lodge in the Great Smoky Mountains National Park. A crew stays at the lodge March through November to host hikers who stay at the lodge. The lodge is only accessibly by hiking trails, so bands of alpacas carry supplies to the mountain top for the hardy bunch that live up there. The lodge is closed for much of the winter season, but occasionally, one or more of the crew members may stay on the mountain to hold down the fort. You can see pictures and current weather conditions from the 2nd highest peak in the Smokies from their daily blog. At an elevation of 6,593FT, you can be assured that the winter weather can get extreme. 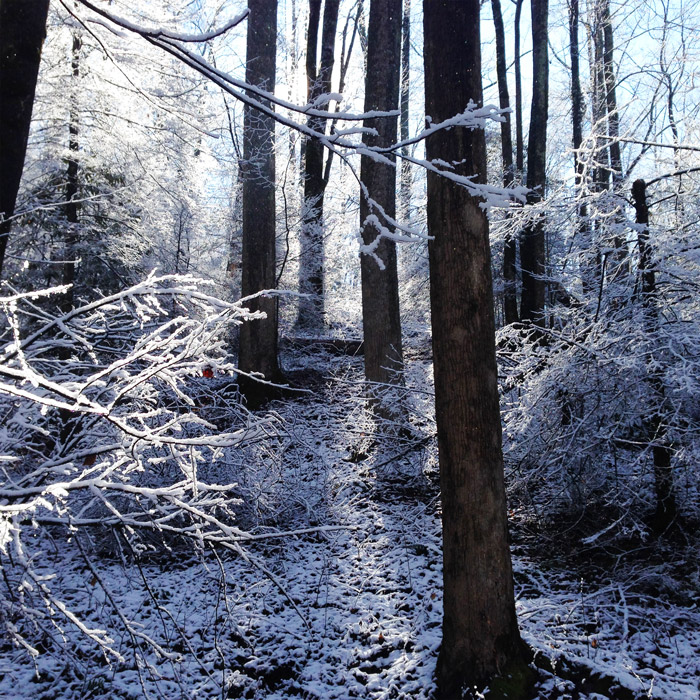 Final Thoughts on Winter Facts in the Smokies

Even though winter weather in the Smokies can be quite harsh, winter can be surprisingly mild even in January and February. In fact, it's not uncommon to find warm days even this time of year that reach a pleasant 60F and sunny. Luckily, if you ever find yourself chilled in the mountains, it's easy to make the trip down to Gatlinburg where it will certainly warmer and less snowy. When planning for a winter visit to the Smokies, be sure to call the Park Service for updates on road conditions, closures, and weather events by calling: (865) 436-1200.

With only 48 hours in Gatlinburg, you'll need to optimize your time to keep the fun going. Check out our best short vacation ideas for Gatlinburg to get started!
gatlinburgactivitiesshoppingvacation ideas

Exploring the Best Places to Fish in the Smokies

Make your next Smokies getaway relaxing by trying out one of the best places to fish in the Smokies and slow things down.
activitiesfamily friendlygatlinburggreat smoky mountains national parkoutdoorvacation ideas